Let's take a look at the stories behind these prominent historical buildings and make your next visit more knowledgeable too!

While Singapore may not have a very long history, glimpse of our heritage can be found around us with many prominent historical buildings converted into secondary uses or as museums.

We share details on some of these buildings, so that you can share them with your little ones the next time you visit. 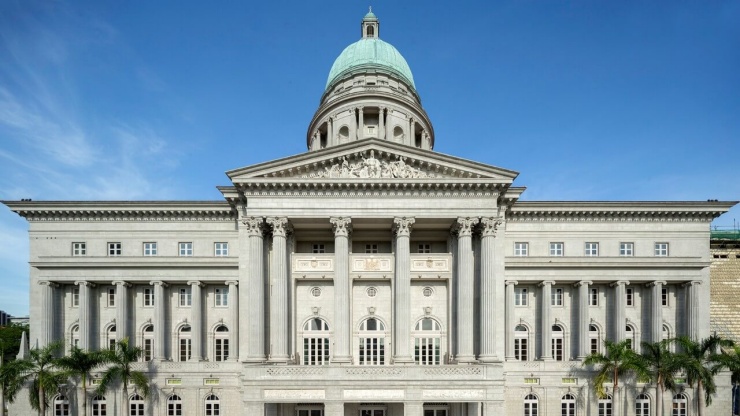 Former: This was once where the former Supreme Court and City Hall resided.

Now: The National Gallery Singapore is one of our favourite (and one of the best) family-friendly museums with frequent refresh of its offerings for families. Within the museum is the Keppel Centre for Art Education, a fun and interactive venue for kids and the adults tagging along. Former: The distinctive red and white Central Fire Station, which houses the Central Defence Heritage Gallery, was built in 1909, it is Singapore's oldest and active fire station. The lookout tower was the tallest tower in Singapore until the 1930s and was used to spot smoke from fires until fire alarms were installed in 1915.

Now: The museum showcases the history of Singapore's fire-fighting and civil defence capabilities. You will also find olden fire trucks and equipment on display, and also find the Emergency Preparedness Centre, a venue with visual and interactive exhibits to impart emergency preparedness knowledge and skills to visitors.

Both venues are currently open for scheduled visits only. Read more about the building's history here. Now: In 2004, the site was handed over to the National Archives of Singapore, and a recent revamp see a new permanent exhibit, Surviving the Japanese Occupation: War and It's Legacies, opening in 2017. The exhibition presents the events and memories surrounding war.

You may read more about the history here. Former: Many of us may remember that the Fullerton Hotel used to be the General Post Office where mail was sorted to be delivered. Built in 1928, the building house several government offices. The use of the site can be traced back to 1829, where it was used as a military fort, Fort Fullerton, by British forces.

Now: Converted into a hotel in 2001, following a $300million renovation, the Fullerton Hotel is one of Singapore's most iconic landmarks and hotels. You may book a stay with a view that overlooks the Singapore Skyline or into the Marina Bay! Former: Home to Malay royalty, Istana Kampung Glam was the private residence for the Sultan and his family since 1819 as part of the treaty signed with the British to set up Singapore as a British trading post.

Now: In 1999, the government announced plans to convert the former Istana into a Malay Heritage Centre to showcase the arts and cultural traditions of the Malay community. The centre often hosts events and activities for families on it's sprawling grounds.

Find our more about the history here. Former: Formerly known as Government Hill, it was home to the governors of Singapore in the early days of Singapore, and was used as a fort.

Now: Fort Canning Park feature 9 historical gardens, including the Jubilee Park and playground. It's lush, green spaces are also used for music festival and many other events too.

Former: Known as Convent of the Holy Infant Jesus (CHIJ), CHIJMES used to be Catholic convent.

Now: It is a lifestyle venue with lots of bars and restaurants. Families often visit for dinner at one of the many F&B establishments. The venue often holds different events and activities too.

Now: Official home of the Singapore Symphony Orchestra, the venue serves as a concert hall where many world-class performances and family-friendly theatre are hosted. 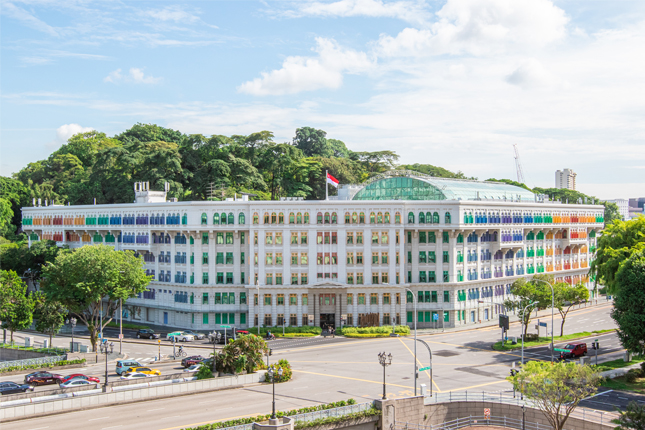 Former: A former police station and barracks erected in 1934, the building was the largest government building and regarded as a modern skyscraper at that time!

Now: Home to the Ministry of Culture, Community, Youth and Sports, the building has a total of 927 windows painted in the colours of the rainbow and is hard to miss from the streets! Located at Level 3 at Jurong... Located at Sengkang, one of...
View all